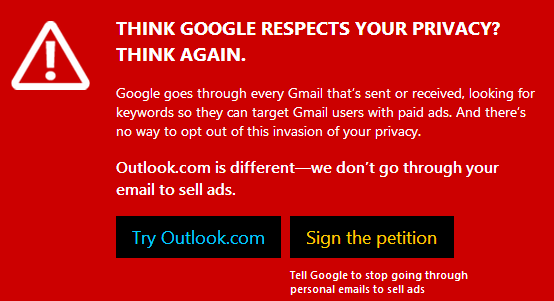 Microsoft takes on Google on privacy concern of Gmail. Microsoft has started a campaign “Scroogled” urging users all around the world to use Outlook instead of Google’s Gmail. The campaign educates that Google goes through contents of all Gmail emails to sell and target ads.

As stated by Chris Gaither, a spokesman for Google, said no humans read e-mail or account information in order to show ads or related information.“Advertising keeps Google and many of the websites and services Google offers free of charge,” Gaither wrote in an e- mail. “We work hard to make sure that ads are safe, unobtrusive and relevant.”

In a statement as reported by ReadWrite , Google said, “Advertising keeps Google and many of the websites and services Google offers free of charge. We work hard to make sure that ads are safe, unobtrusive and relevant. No humans read your email or Google Account information in order to show you advertisements or related information. An automated algorithm – similar to that used for features like Priority Inbox or spam filtering – determines which ads are shown.”

The campaign Scroogled by Microsoft looks nasty and desperate.As Google has not done anything new or different than what they’ve done since the launch of Gmail. The scanning is completely based on Algorithm and there are no humans reading emails and deciding which ads to serve. Why don’t Microsoft compete by developing better products and compete ? We all know users want is quality or they will migrate and try something better. Microsoft needs to understand this concept and work on something better to compete with.

At the end its the user who has to decide what’s wrong or right, as they always have the option to switch to another service. 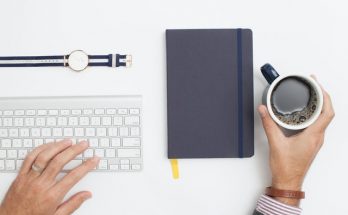 Tips for Keeping a Remote Work Team Together 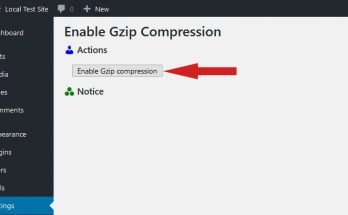 How to Enable GZIP Compression to Speed Up WordPress Sites 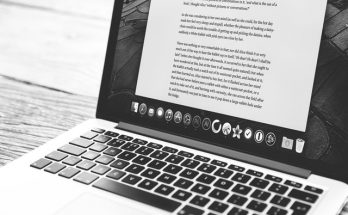 What Is A Ghostwriter?